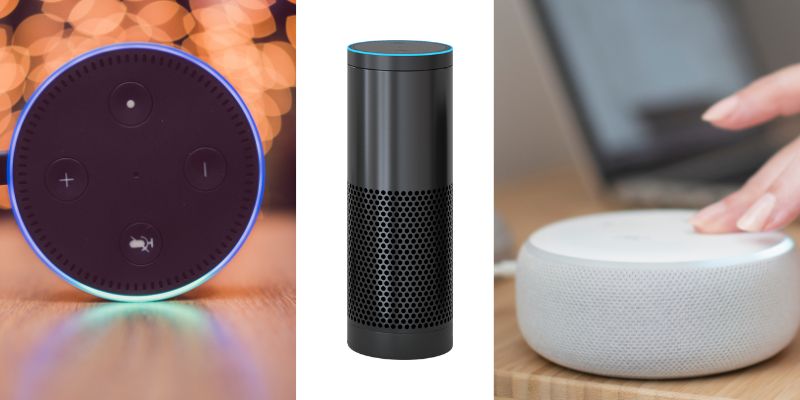 Virtual smart assistants have been a concept for a long time, but they have never been as complex as they are now. Software like Amazon Alexa, Google Assistant, Siri, and Bixby are some of the foremost names in the market these days.

The Amazon Echo series of devices has been around for a long time, dating back to 2014. So, of course, having been in the market for such a long time, several products have been released. And some staples in the lineup have had multiple generations made. This can, understandably, become a little confusing for some people.

I’ve put together this article to make it easy for you to answer the question, which Alexa do I have. Don’t you worry! By the end of this article, you should know the different types of Amazon Echo smart speakers and your generation.

Do you have a particular question about figuring out the answer to “Which Alexa do I have”? Then use the table of contents below to jump to the most relevant section. And you can always go back by clicking on the black arrow in the right bottom corner of the page. Also, please note that some of the links in this article may be affiliate links. For more details, check the Disclosure section at the bottom of the page.

In the nearly ten years since the very first Echo device was released, Amazon has released several devices to join it in that family. Therefore, it is crucial to be aware of the different kinds out there, as this is necessary for helping identify the Echo device you have.

The main device in Amazon’s lineup is the Amazon Echo, from which all the other products can be considered children.

As of 2022, the Amazon Echo has four generations. The first three generations are all cylindrical devices that stand upright. However, with the fourth generation, Amazon moved to a spherical form factor for the device.

For those who loved the Amazon Echo but wished it came in a much smaller form factor, Amazon released the Echo Dot. Like the main Echo, there are four Amazon Echo Dot generations, without a significant change in form factor between the first three generations, each sticking to a puck shape.

However, with the release of the fourth generation of Echo Dot devices, just like the main Echo, Amazon also moved to a spherical shape.

One notable feature missing from other Echo Alexa versions was a screen to display the information that Alexa was saying. The Echo Show device solved this.

There were two generations of devices released. However, after this, Amazon released more Echo Show models with varying screen sizes, so they moved away from naming the devices by generation. As a result, the Echo Show can vary between a five-inch to a fifteen-inch display.

This device is not an Echo device in name, but it is still made by Amazon and uses Alexa. Although this product has been discontinued, it is similar to the first generation Echo except that it is battery-powered and can serve as a portable Bluetooth speaker.

The Echo Spot was another one of the Echo models released by Amazon. This one adopted a hemispherical shape, with the flat end housing a circular 2.5-inch screen.

Besides the United Kingdom, the Echo Spot was discontinued in all other regions as of 2022.

For those looking for more than just an Echo device, the Amazon Echo Plus came to serve as not just a smart speaker but also a smart home hub for all smart devices to connect to.

This device had a similar form factor to the original Echo, cylindrical. Two generations of the device were produced before it was discontinued in 2020.

Finally, the Echo Flex is perhaps the most unique of the different types of Amazon Echo that are out there. This particular device is boxy, with an electrical plug poking out of one end.

The Echo Flex is meant to be plugged directly into an electrical outlet, from where it gets its power, and Alexa can be used.

What generation is my Echo Dot?

There are four Amazon Echo Dot generations. It can be tricky figuring out which of the four generations your particular device falls into. The good thing is that we can walk through it together, so you understand it better. So, you’re asking which Alexa do I have, eh? Here’s what you need to follow.

First, if your Echo dot is spherical, you have the latest generation, which is the fourth as of the time of writing.

Now, the other three generations adopt a flattened cylindrical appearance, which looks like a hockey puck. However, the third generation is covered by fabric instead of plain plastic.

This leaves just two generations. How many buttons are on the top surface of the device? If the answer is two, you have the first-generation Echo Dot, but if it has four, it is the second-gen model.

How to tell which generation Echo I have?

It can be a little tricky if you have the regular Amazon Echo and trying to find out which generation you have. However, if you know what to look for, it will all make sense. Follow these guidelines to identify Echo device.