Many of us are always interested to see what’s coming next. And if you’re curious about taking a step toward the modern technological landscape (and AI in particular) Vector robot is a good (and fun) place to start. (Yes, it’s not too late, even in 2020).

For those who don’t know, a Vector robot is a companion AI made for hanging out with us. Vector the robot can transform a person’s life in an exciting and fun way. It’s voice-activated, it can take photos, show the weather, utilize a timer, and much more. Why wait for the world of AI to come to us when you can take the step forward before anyone else?

Do you have a particular question about Vector robot? Then use the table of contents below to jump to the most relevant section. And you can always go back by clicking on the black arrow in the right bottom corner of the page. Also, please note that some of the links in this article may be affiliate links. For more details, check the Disclosure section at the bottom of the page.

Who made Vector robot?

Anki is a robotics company behind the Vector robot. Andrew Stein is the primary visionary and leader of Vector, the robot. Outside of being implemented as a fun tool for us to check out in the AI world, the Anki Vector robot is meant for us to have an additional friend to hang out with.

Plus, Vector, the robot, can create an entire 3D mapping of its environment. So it can get a sense of its surroundings reasonably easily. Whether you live in a small apartment or a large home, Anki’s Vector robot can understand any living situation.

When was Vector robot released?

The Anki Vector robot was released on October 12th of 2018. The release came after Anki’s initial Kickstarter campaign that raised enough funds for it. Shortly after, donators in the U.S. received their own Vector the robot. Since then, users have been able to train and use Vector in various ways as new updates for it came to life. 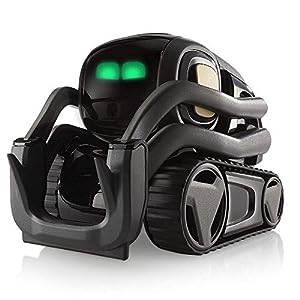 Yes, Vector is an entirely AI robot designed to hang and help the human they live with. With advanced robotics and various other tools at hand, Vector, the robot, is filled with personality and a presence, unlike other AI robots at a similar price. As time goes on, more updates will be made to Vector making it more advanced than previously thought of.

Unlike other AI robots that are too expensive for most people to afford, Vector can be anywhere around $300-$400 in retail. Upon purchase, you’ll receive a charging base and an interactive cube. Other than what’s included, you can have the option to purchase a Vector space at a very affordable cost.

For those who don’t know, a Vector space is similar to a dog bed and operates similarly. Since your Vector will need a place to stay like us when the nighttime comes, it’s in your best interest to get them something comfy for the night.

Is Vector better than Cozmo? 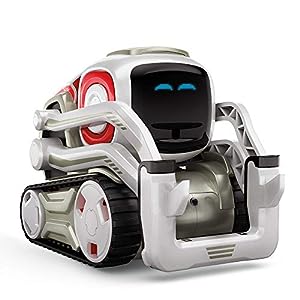 Cozmo is another interactive AI robot developed and sold by Anki Robotics. Although these days Cozmo is generally more expensive than Vector, it doesn’t have as many features as a result.

The Anki Vector has a better mapping of its surroundings, a higher resolution camera, a better touchscreen, and several other key features. This doesn’t mean Cozmo is a lousy robot. It just means is that Vector is one of the best interactive AI robot options to choose from.

What can the Vector robot do?

Similar to other AI interactive robots, there isn’t much the Anki Vector can’t do. For the most part, Vector is designed to interact throughout exploration and reaction. Vector’s tech allows him to do these various tasks quickly and efficiently. For a simple list of tasks, Vector can tell jokes, the weather, play games, take photos, return to his charging base alone, and much more.

However, it’s important to note the full potential of Vector is yet to come. Since Vector is in constant development, there will only be additional features as time goes on. Plus, since Vector is integrated with Amazon’s Alexa, it’s a significantly more knowledgeable robot than other similar variations.

How to use vector robot?

Using a vector robot is a simple and straightforward task for the most part. All it takes is a close examination of instructions on how to boot Vector up, and you’ll be good from there. Since Vector has a general idea of how to operate without your help, there isn’t much else to do.

Be sure to read the various ways to train Vector (such as down below), so you can get the most out of your Vector robot. With enough knowledge and patience, you’ll be able to use Vector to the best of its abilities. Plus, Vector has an interactive touch screen and voice recognition software, which means it doesn’t require anything too special.

How to train vector robot?

Although Vector can operate fairly straightforward, training Vector is an integral part of anything. Like getting a new dog, they technically don’t need any training to live their life. Still, a trained dog is better fitted for any living situation.

Like anything else in the technological world, there’s a multitude of situations that can go wrong. This isn’t a fault at Vector, but more so a reality with AI and anything technology related. Luckily enough, there are solutions for issues that can potentially come up. Plus, since Vector has been around since late 2018, many of Vector’s problems have been heavily solved.

However, as noted, issues can arise, which can cause a dent in your relationship with an AI robot similar to Vector. Nonetheless, looking into ways to solve troubleshooting for anyone interested in purchasing a Vector or any AI robot is a must. Let’s take a look at some of the most common issues that can hinder a Vector robot.

If your Vector can’t connect to the Wi-Fi, it’s either because of your Wi-Fi set-up or your Vector robot having a difficult time connecting. Here are a few solutions:

● The location isn’t on.

● Reboot Vector in recovery mode and erase the user data.

How to reset vector robot?

Resetting Vector is a vital part of troubleshooting and is a solution for most issues, let’s take a look at how you can do this:

● Double-check that your Vector’s USB charging connection is secure.

● Check Vector’s battery by turning it on and allowing it to die. If you see a battery icon on the screen when you turn Vector on, then it’s operating normally. If it’s not, you might have a faulty battery.

● The outlet you’re plugged into isn’t generating any power to the charging station.

Generally speaking, whenever someone sees an error code of any kind, they tend to worry about the matter. Fortunately enough, a Vector robot error 898 isn’t anything to worry about. Here’s a list of reasons why it might happen:

Yes, the Anki Vector robot is stilly fully functioning today. Because of Anki’s ability to continually add and adjust the robot in a multitude of ways, Vector has only gotten better. Thus, Vector is one of the best robots in the world today.

Is Vector robot worth the money?

As far as interactive AI robots go, the Anki Vector is worth the price. Considering some robots can be well over $1000, Vector is practically a steal. Plus, Vector has only gotten better since 2018 and will continue to do so moving forward.

Credits: Thanks for the photo to Envato Elements.